I'm selling a custom Wilson Combat Two-Tone, Classic .45 ACP 1911. The gun features are: 5” Barrel, Black Side/Stainless Frame, Counter Sunk Slide Stop, Flush Cut/Reverse Crown Barrel, Gold Bead Front Sight, Fluted Chamber, MT Script Bold Slide Lettering, Cocobolo Starburst Wood Grips. I'm the original owner and the gun build took over eight month. The gun is in excellent condition as it’s cleaned after every outing at the range. It’s near perfect with the one exception, an idiot scratch (from my 1st 1911 disassembly/reassembly for cleaning). It has never been in a holster (never carried). This beauty is a tack driver with an ultra-smooth 1911 trigger...best in the industry IMHO. It’s a joy to shoot. I hate selling it but I’m just not shooting much now and in the process of selling some of my guns. The Classic .45 sells new for around $3,330 + the six extra Wilson Combat magazines ($200) for a total of $3,500.

$2,950 is the pistol's sales price and that price includes the following Wilson Combat gun & accessories:

This item has been relisted. The new listing can be found at https://www.theoutdoorstrader.com/t...classic-45-acp-1911-with-accessories.2615752/.
You must log in or register to reply here. 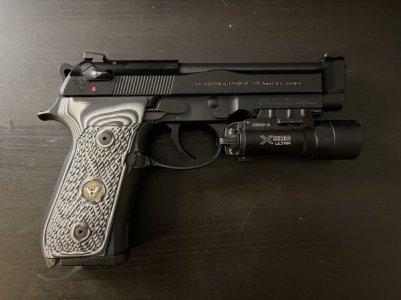 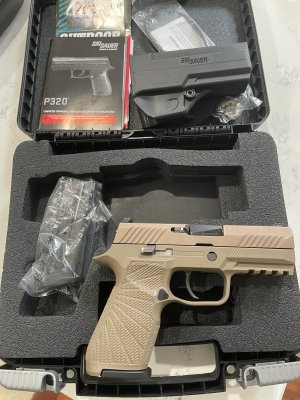 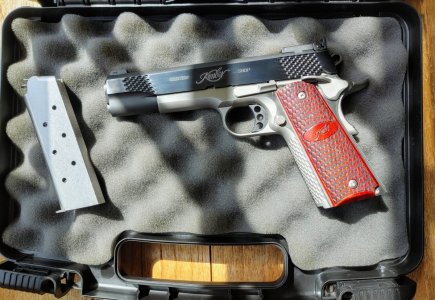