An elderly neighbor owns this gun, and we took it shooting several years ago, and again this week.
He's got both the .22 LR and the .22 WMRF (Winchester Magnum Rim Fire) cylinders. When it's serving in a home defense role and something to have in hand when a potentially rabid fox or raccoon comes around, it's got the magnum cylinder in place loaded with CCI Maxi-Mags.

This gun "looks like" a typical single-action revolver, and it can be loaded in that way, using the loading gate on the right side of the cylinder to both load the live rounds and later eject the empty cases using the ejector rod, moving it a full 3" range of movement for each chamber in the cylinder.

You could also take the cylinder out to load it and unload it, just like you would one of those North American Arms mini-revolvers. This is slower and comes with the risk of dropping gun parts in the grass if you're shooting outdoors.

THE DOUBLE-ACTION TRIGGER PULL WAS HORRIBLE. At least 15 lbs, by my estimate. (No, I didn't bring my trigger scale to the range that day). Long and gritty. The gun may be 40 years old, at least 30 anyway, and it has hardly been used. Not carried, nor shot much. Just stored at the ready at home. Perhaps the trigger pull would improve with age and wear, to smooth out the contact surfaces in the action.

This was not an expensive gun. I bought a brand-new H&R model 929 of the same era and only paid $90 for it, plus shipping and my FFL's fees to receive it for me. And my 929 also had a very heavy trigger pull. Acceptable for a snake-killing gun to take on ATV rides around the ranch, but the DA pull has a very bad effect on practical accuracy when you try to shoot a man-shaped target as rapidly as possible at 7-10 yards, simulating an intruder in your home, across the biggest room in your home or down the longest hallway.

The rear sight was fixed, but it was large and gave an excellent sight picture. The sight was more useful than what a real Colt Single Action Army would come with, just a narrow notch machined into the topstrap.

This gun shot 40-grain .22 WMR rounds with noticeably better groups than we got using two kinds of .22LR cartridges. Perhaps the bore of this gun is sized to perfectly fit the larger .22 magnum copper-jacketed bullets, while the .22 long rifle bullets were a bit undersized? I'm just guessing. But the more powerful, and noisier, rounds gave tighter groups on paper.

The single action pull was not so crisp or light as many other guns, but it was FAR MORE USEFUL than the DA trigger pull. I say the SA trigger's acceptable and can give you tight groups if you do your part as the marksman. 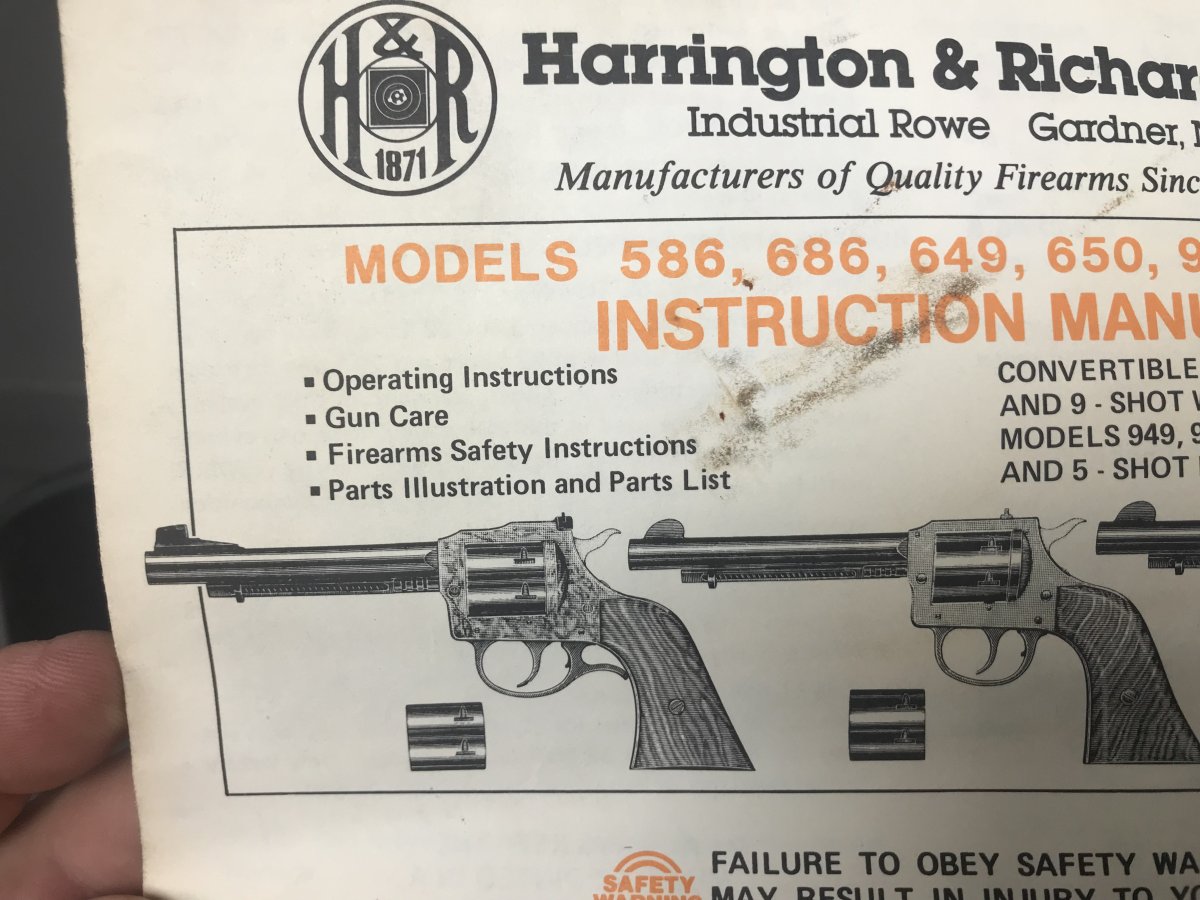 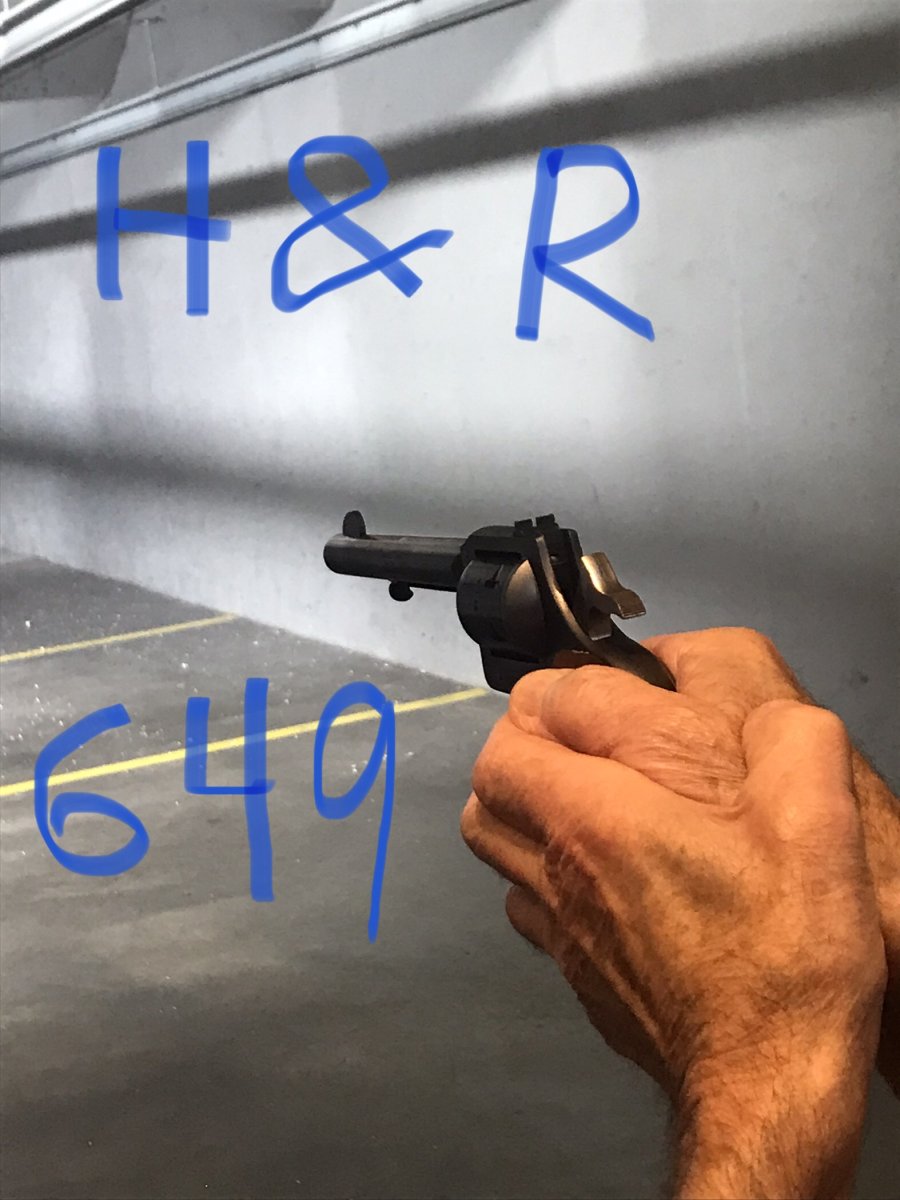 More pics
of this Harrington & Richardson
model 649 revolver.
With what I think is a 5" barrel. 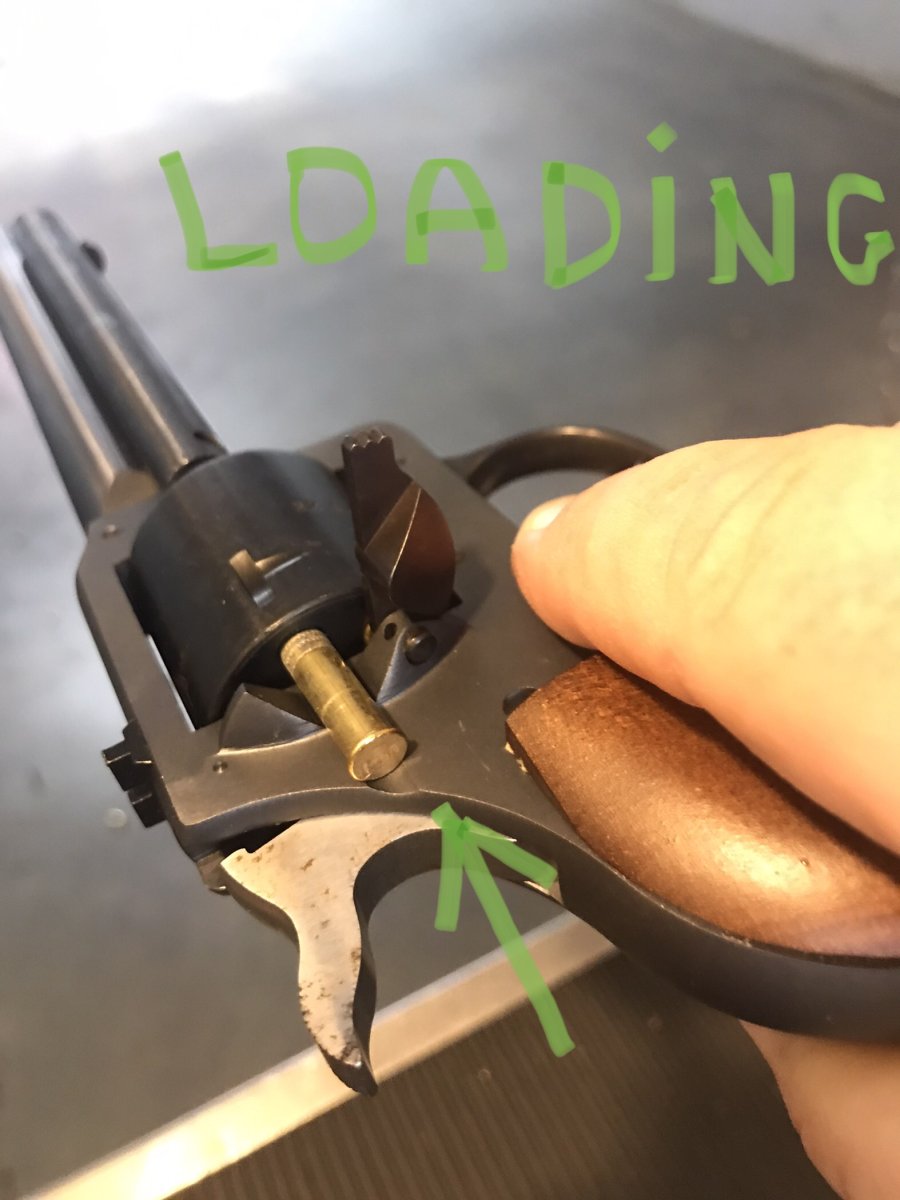 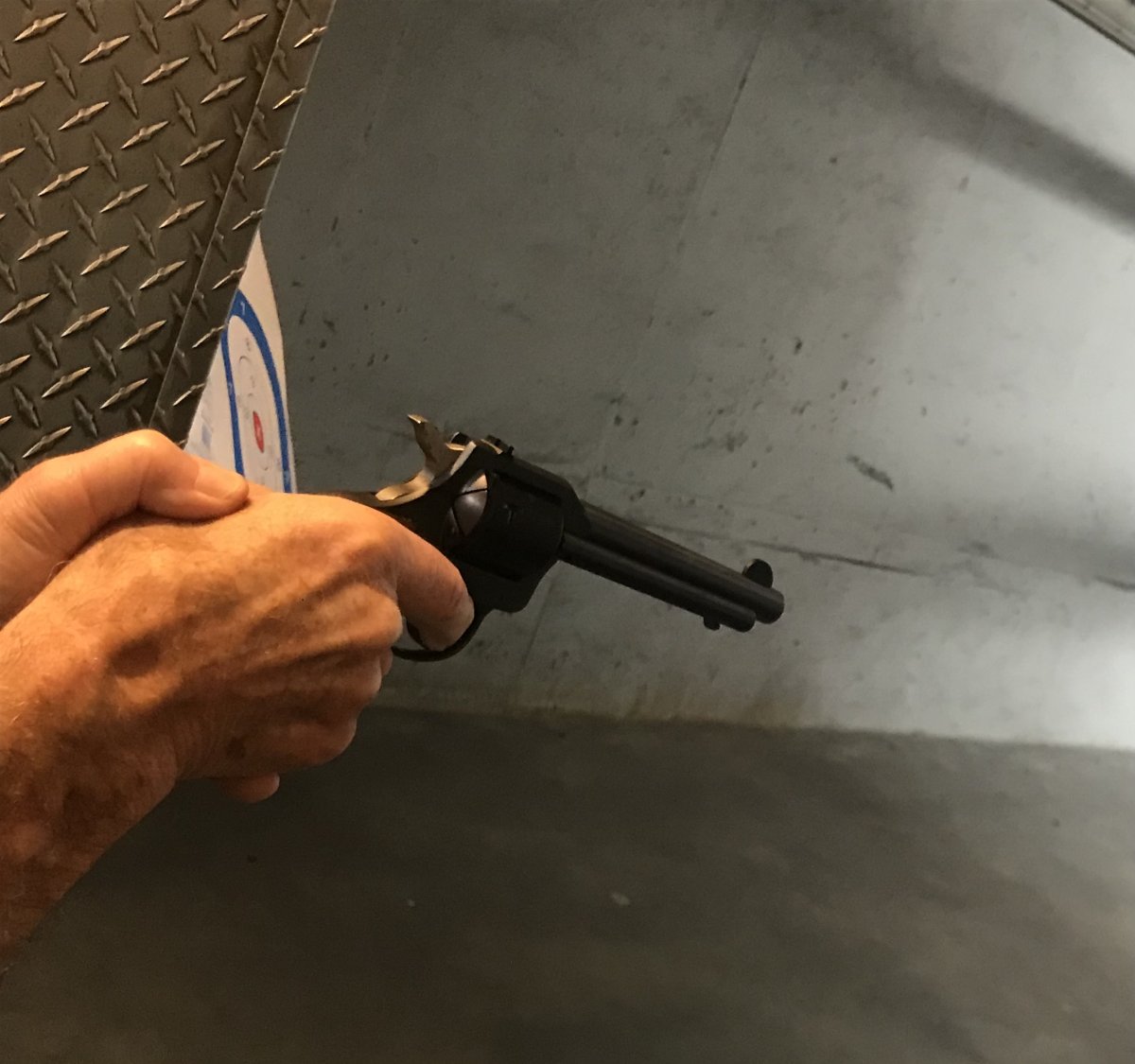 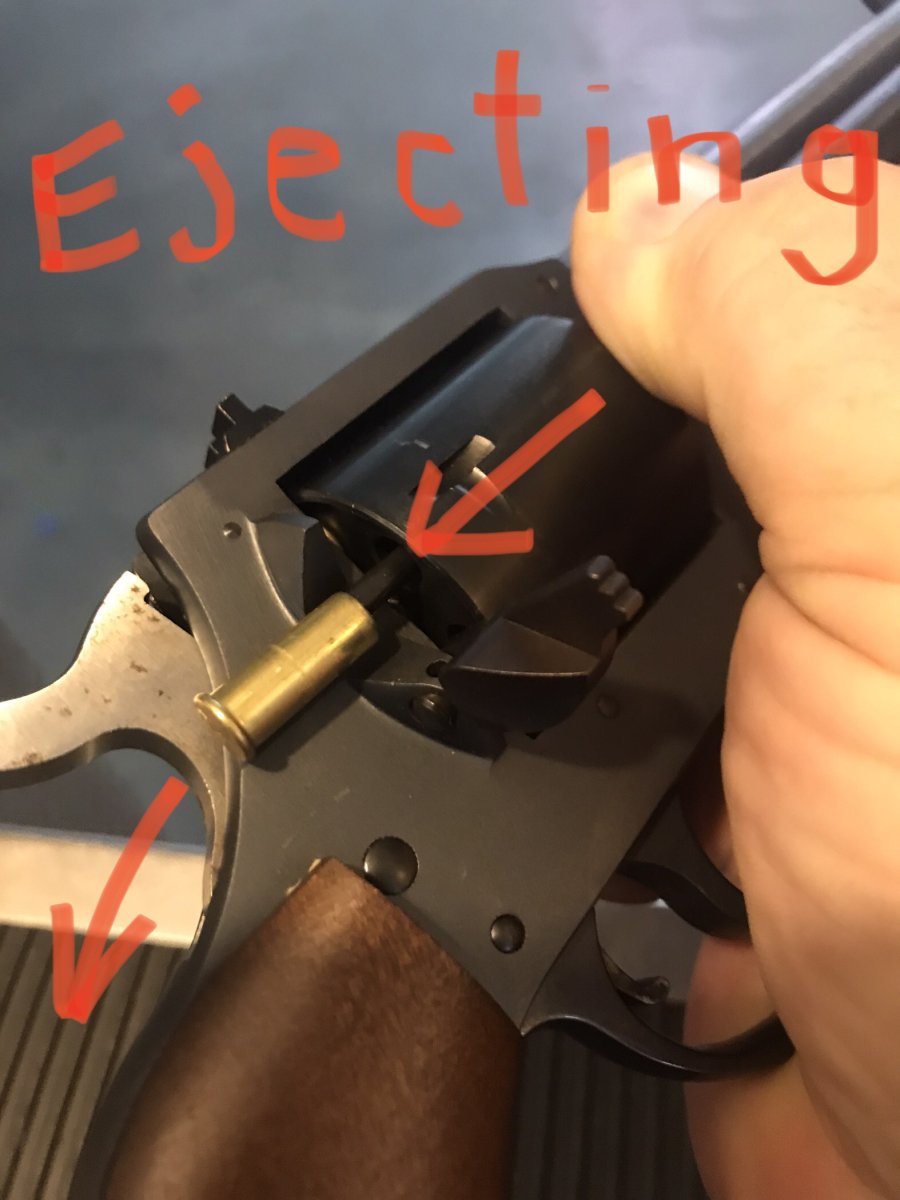 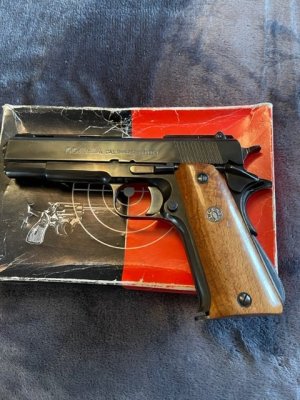