First owner bought new back in 1994 and added a tri-railed receiver cover (can still use iron sights), quad railed UTG forend, pistol grip with storage, tapco folding stock, and he added a pinned/welded AK103 muzzle brake. He kept the original box that came with the original wood furniture, oil can, rod, cleaning patches, receiver cover, manual, and 2x five round magazines. He told me since owning it he had maybe ever fired it twice and guesstimated that he had close to 100 rounds down the pipe. I literally bought it, pulled it apart and cleaned the entire gun for 3 hours (I took about 80% of this rifle part, wasn’t super dirty, just looks like it hadn’t been cleaned and oiled in a while). Re-lubed/oiled the entire thing. Didn’t shoot it once, been sitting in the safe since I bought it. I also bought 2x Bulgarian brown polymer covered steel case 30 round mags.

The norinco MAK-90 AK variants were desirable because of several reasons. They were built in a single factory instead of being cobbled together from parts from a variety of places, they had chrome lined barrels, their receivers were stamped of 1.6mm thick steel (whereas other AKs are made from 1mm thick steel), the MAK-90’s also had thicker barrels. In addition they also had longer mag releases that made the ergonomics of a mag change easier, accepted all AK mags, and they were known to have better triggers (I’ve dry fired mine a couple of times and I can concur the trigger is fairly light and crisp).

They were a direct AKM/Type 56 copy made by Norinco, the state owned Chinese firearms manufacturer. Russia claimed it was patent infringement and they were due royalties but China claimed due to the difference in thickness of the receiver, that is was made on Chinese tooling and not Russian tooling, and because of various other differences, that it wasn’t the same gun.

Thanks to them being imported before more draconian US firearms regulations being put into place, the MAK-90 also has a standard AK magazine well: the modified magazine wells of later rifles from the former USSR are a persistent source of feeding issues, which is a large part of what earned the AK a bad reputation among American shooters. This means that, as long as no one has done anything silly to them in the least 30 years, a MAK 90 is a good, reliable AK-style firearm. They generally shoot well, and, thanks to the chrome-lined barrels, eat cheap steel-cased ammunition for breakfast, lunch, and dinner without issues.

Looking to trade into a Vepr or similar always looking for something unique or interesting feel free to DM with any offers you may have. Cash is king

Good one here! Great Guy to trade with as well!! 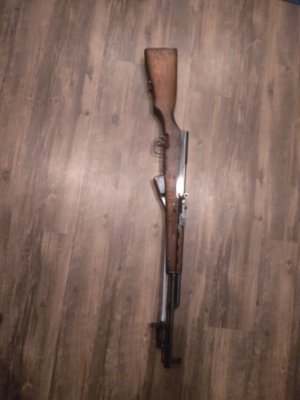 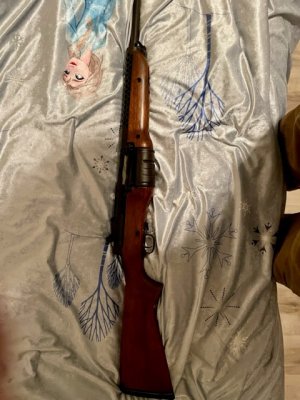 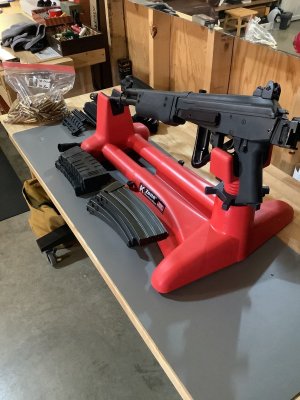