This is an Elmer Ballance built EARLY Original Springfield Armory M1A.
Serial #0021xx... YES, A 4 digit serial number in .308 Win
Mr. Ballance was the original and first owner of Springfield Armory... Before he sold out to Bob Reese in 1974
Mr Ballance retired from the Air Force in 1968-69... He was a master shooter and shot at Camp Perry and was also involved as an armorer, and was in on building the USAF premium grade M1 service match rifles.. He conceived the idea of building the Semi Auto version of the M14.
It is my understanding that these early rifles receivers were built from original M14 receiver blanks
The very first few rifles were built in San Antonio, Texas.
He then built a shop in Devine, Texas... Which put this rifle as roughly being built in the early to mid 1972 era
The SA (San Antonio), Texas location, Which is stamped into the barrel above the gas port, where it should be
Chamber in the white. DME marked NM sights, 0.62 front blade with 1/2 moa rear peep
It has a nice clean trigger pull of 5 to 5 1/2 pounds
Circle P proof and DAS stamp and selector lever cutout shows as being filled in.
Comes with a 5 round Mag and a 20 round Mag. It features the flip up shoulder brace and the original cleaning kit in the butt stock.
I believe it to be unfired. No marks to show use.
Any questions may be asked and I will answer via PM only...

This item has been relisted. The new listing can be found at https://www.theoutdoorstrader.com/threads/fs-rare-springfield-armory-san-antonio-tx-m1a.2968731/.
You must log in or register to reply here. 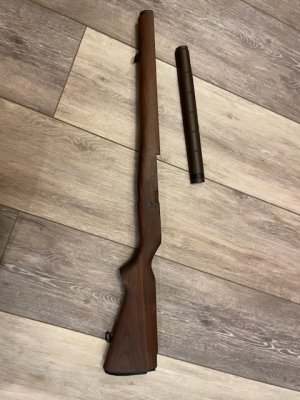 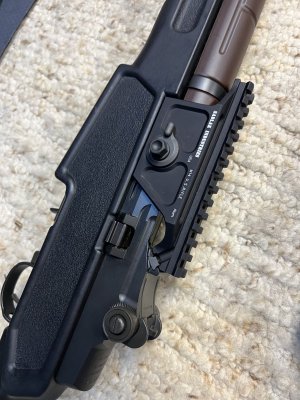 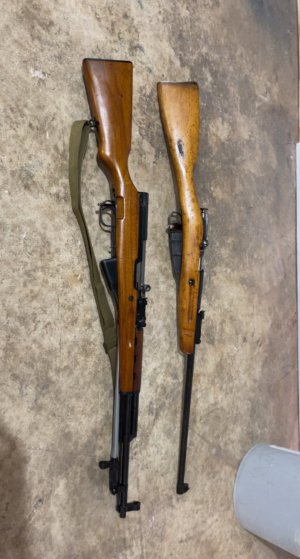