Letter to a Gigolo -

Ok folks, response was good from the other letter i posted from my cousin. So here is some more. This was sent to me last year, hopefully yall will enjoy.
Steve (my cousin) mentions his wife and sons here. Several of these letters are personal to me, some are made out ‘in general’ with the Lord’s scripture. Usually he has something that he is conveying to me personally. Other times he has a strange way of just coming up with something that means something to someone Or some little thing in life. He is a cherished relative ! Lol.
Enjoy !

Letter to a Gigolo,

Your father said to turn around!
Take the girls back.
Apologize to Mel.
Put the girls before your dog.

I wanted to go back to Vietnam and start an orphanage, for the GI children. New Orleans was my test, for Dorothy and boys. The evil was dangerous. I have spent my life ministering in hell holes. Hell’s children are everywhere. I never thought I would live to forty. At, forty, a surprise party was a surprise. Why? A man asked me why was I so subdued. I knew him like We know one another. I said, I am surprised to be alive!

When, Gregg and Jason were older, they asked me, why I endangered Dorothy and them? Then, they shared some of what they saw in communities where we live and the impact it had on them. All three of them asked me to leave the ministry. All three said, it was killing me! Then, the day came when they thought I was a goner. But, I am still here. I have been, cut stabbed, attacked and one man almost gut shot me two feet away. Such things were par for where we were.

I forgive everyone, I just do not want them in hell!

In spite of the 20 plus surgeries, God blesses me each day and I hold church services everywhere. If, Jesus was thrown out of synagogues, then I have it easy. He amazes me with the people He brings to me. I have my own 501C3 but take no money.

I get tired in the Lord’s glorious work and miracles! I am loosing steam. More needs than I can respond to. Therefore, I am responsible for where I am. God is using my heart to let me know when I am in over load. Another switch to slow me. Yet, He wakes me up in the night, if I am not giving Him, His time!

Occasionally, Dorothy, kids and grandkids give me looks when I neglect them! I am outnumbered. When, the grandkids come, they expect my undivided attention. If, someone drops in, they back away, say nothing and watch! They are respectful and these angels silence draw me back to them.

Response to a Missionary son:
Your son needs to look before he leaps. He is like we were when young! You ruined him! Some mother's would be proud to cut our hearts out and replace them with a rock. I do not want him to end up like two sputtering young men like us! The evil sexual abuse in the world is rising. The traffic is evil, deadly and violently cruel. The eastern cultures praise and buy white blond headed children at high prices! Their perversions are recorded in Paul’s writings. 1 in 3 girls and 1 in 6 American children experience this evil. I do not know the present stats of today. In the East it is practiced, though they have stoning laws.

1980 Memory Repeat:
I do not know the reason abused people seek me. Tragically, they keep coming. Men and women our age have not resolved such traumatic horrors. Oh! The danger! A woman came from out west looking for a run away 14 year old blond girl. Long story short, I took the to the morgue 1st, then the police, then into bars up & down Bourbon St.. Then took the ferry boat across the Mississippi River to the cut thread West Bank underbelly of sin. Then, she had been sold to a drug dealer in S. America. God the miracle worker intervened, when I bumped into the man who had her. I still hear from her mother. I listened to a daughter educate her mother, with a sailor's mouth. After their battle, I asked about their eternity! They left New Orleans, children of God and siblings of Jesus Christ.

Interruption The Death of another Gigolo:
I just received a call. My best friend from childhood was killed in Vietnam. The call was about his son. He son became a drug dealer. I met him 29 years later. He accepted Christ in prison. I let him read his father’s letters. Going to bury him by his father soon! Got to look into his mother's eyes. It will be like the day we buried his father. His brother's eyes, his two grandmothers eyes, then his three children's eyes! Lord where shall the strength, words and courage come from! My blood pressure shot up! I sucked it up! The pressure stayed up. Then, I tried to cry, a few tears came! My top blood pressure dropped to 155.

Sometimes, it hurts to serve! I punished my parents, wife, kids and friends. I try to change, then the LORD says, another day another mission; “Steve can you hear their cries!”

Praying for all of you!

Son take your wife and girls back to the shelter for abused women and children!

If, you do not want Jesus, then Man up and do your jail time!

If, you do not you will drag them into hell with you!

I may be burying you too! You are burning out!

Jesus juggles all day! I try to keep up with Him!

Pray for the weeping and pray for Dorothy and “Crazy Steve”

Beenthere & donethat said:
Wow! I have no words...
Click to expand...

He definitely has some interesting tales and experiences.

He has to be one of my favorite living kin folk ! 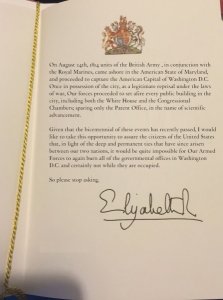 A letter from Her Majesty
2 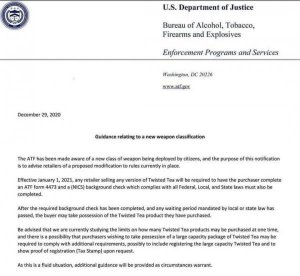