Your only as good as your word!

I enjoy Kens cooking and have several Books he has published..Gonna try this one..

Amazing! Gotta try it. Thanks for posting, DD!

Since I USED to get lobsters for $6 each, I've done something similar, but they called it Poor Man"s Shrimp, and you use bluegills instead of buying cod.

Fillet the bluegills
Throw 'em in a bowl with whatever spices you like and roll them around. (I used Old Bay)
Roll the fillets up and hold them with a toothpick through them
Drop them in a boiling pot of Mountain Dew (They'll turn a yellowish green)
When they float, drop them in iced water to cool quick. Use a couple bowls of iced water if you have a lot.
Sprinkle a little more Old Bay on the outside and eat them with your favorite cocktail sauce cold.

Got to try it for sure, seeing I’m poor.

I do something similar with sheepshead.

I love Kent Rollins and that little dance he does lol

Great vid Phil. Thanks. A lot easier than driving to MM 100!

anybody give it a shot yet? interested to hear results
You must log in or register to reply here. 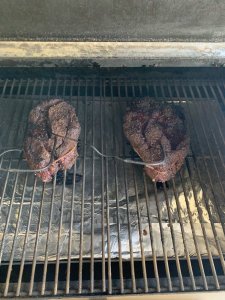