Where did you take Basic training or Boot Camp?

How was it, when you went in? I'll start by saying it wasn't fun by any means. In my case it was Ft Jackson in Nov-Jan 57-58 and it was nineteen degrees. We had 0 week and then the eight weeks training. We spent eight weeks in Tent City. They hadn't finished renovating the wooden barracks, so we got to live in a part wood bottom and frame top with a tent thrown over it. A screen door at each end. Eight men were doubled bunked in each one. It had concrete floors and one pot bellied stove fueled by coal.
The latrines were wide open. No stalls and the flush was boiling water. The showers were one big room with a bunch of spigots 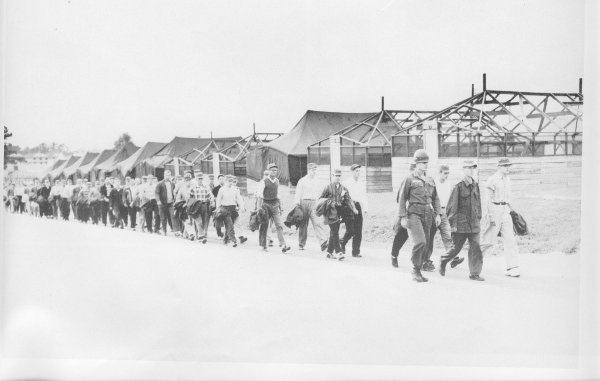 overhead.
This is a picture of some of the guys that just got issued their uniforms and they were assigning us to our sleeping quarters. No haircuts yet.
We did not have DIs. They were called Cadre. Every one of them were Combat vets from WW2 and Korea. I still have the book from Basic.
After I finished there, I was sent to Ft Dix NJ for Infantry training.

Deer Slaying Legend In My Own Mind

Fort Benning. I think I still have sand in one of my holes. 60 man bays with mean ass Drill Sergeants. This was 2003. I have a lot of fond memories and some not so fond.

Fort Benning, Sand Hill. F-258 2012. I never graduated, I blew out my right knee and they held me but wouldn't fix me so I left. Kept saying nothing was wrong but the fact my knee was 3x its normal size said otherwise. **** sucks and I wish I had gone back. Life got in the way, but ill never forget it. Best worst time of my life. Hawaii would have been my duty station.

I forgot to mention that I got out in 1960. Stayed out for almost three months. Reenlisted and they sent me to Ft Benning on Sand Hill too take Basic all over again. They were short Plt Sgts and such and they took us prior service personnel to help out. This was with the 2nd Infantry Div.

Fort Knox. I don't think in comparison to what people went through in the 50s and 60s it was all that much to deal with. That's likely an understatement. Barracks were nice, got hot chow 3 times a day, not sure I ever had to stay up 24 hours without getting some sleep. Probably the hardest thing about it for me personally was being an especially dumb teenager. July-November 1996.

US Navy. RTC-NTC San Diego 09/78, Company 144. The post Viet Nam era military was underfunded and training reflected this. Lots of classroom lecture time and little practical training. The one truly interesting part was the 2 days of firefighting school.

U.S.C.G. Cape May, New Jersey....1971.....13 weeks.....My Unit participated in a 6 week all Branches survey with the USA, USN, USMC and USAF.....for comparisons in types and styles of training. Believe it or not we were ranked # 2 as being the toughest behind the Marines. The last place finishers were the USAF. 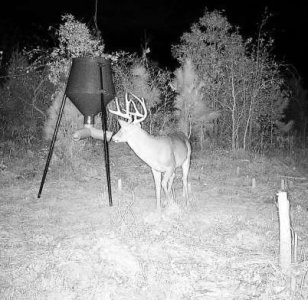 Before and after picture taken on Thanksgiving day 180 pounds