Went to Mexico and saw people running around with the Yeti cups, 20oz tumbler style. I've been wanting on for a while so I said for another upcoming trip I'm going to go ahead and get one. I was watching a video and someone recommended getting a S'Well Bottle which is similar to the Yeti cup, same principals and usage but the thing about the Swell bottle is that it has a top that fully closes. I like that because it won't spill while traveling. The downside to that though is that I have to take the top off every time I want a sip, but also the added worry that I could lose the top. I also came across Hydro Flask as well.

Hydro has a lot more sizes and accessories like a straw lid.

I know a bunch of people have experience with the Yeti cups but what about the other two?

I've got a few Yeti cups and a few Ozark Trail (Walmart brand) cups. Save your money and get the OT cups... Exact same for 1/3 the cost. 30 oz under $10. You can find lids that do what you want easily. Also, any lid made for a Yeti fits the OT.... Exact same cup


WOW! So I guess that makes it a little easier. I'll get a Ozark cup and just get a bottle to use for traveling. That way if I forget it some where I won't feel so bad. LOL

Yeti has a bottle with a screw on/off lid now as well as a close able lid for the ramblers.

My wife's rambler out performs my hydro flask hands down. Not even close.

I don't know anything about swell.

Just watched a youtube video comparing the Ozark trail to the Yeti, save 30 bucks and buy the winner of the contest at Walmart for 10 bucks! We own 6 of them and they work.

Here is the video.

baxterday said:
Here is the video.
Click to expand...


LOL! Im going to get an Ozark and each size. LOL

Lazarus said:
LOL! Im going to get an Ozark and each size. LOL
Click to expand...

Lids suck on the ozark trail. If your drink falls over lid pops out. I went to AO and bought yeti brand lids for $5. Works fine and you are still way under yeti cost. This is coming from someone that has 6 real yeti's.
You must log in or register to reply here. 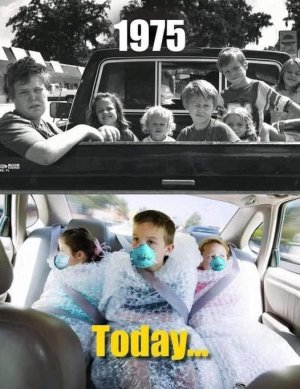