Today I made the decision to let go of one of my favorites. Up for sale is my Noreen ULR chambered in .50 BMG. The ULR stands for Ultra Long Range, and this rifle can definitely live up to that name.

The gun itself is a single shot/bolt action. Recoil is absorbed by the sheer weight of the gun (30ish pounds), the most effective muzzle break I have ever seen, and a nice spring system on the stock. Shooting this gun from a rest feels about like shooting a 30-06 or maybe something milder. Doesn't kick bad at all. Have no idea what ot feels like shooting it while it's shouldered cause I just can't lift the thing. Trigger mechanism from what I understand is just a standard Remington 700 trigger pattern, but the stock trigger is so light that I see no need to change it.

It's got a vortex diamondback 6-24x50 which is currently sighted in at 350 yards with Hornady 710gr. I have owned a Barrett, an Armorlite AR-50, as well as 2 Serbu guns and this one is by far the most accurate, despite having the cheapest glass I have ever put on a 50

Gun will also come with a pile of 50 ammo. More than likely more ammo than you will ever shoot. Have over 200 rounds of surplus ammo, as well as 70 or so rounds of the good hornady ammo that's about 10 dollars a round. Also have about 70 rounds of military API rounds for when you need to shoot that elephant that's hiding behind a tank.

Also have several reloading components for 50 bmg if you are into that. Including a big container of 50 specific powder. Will include this for a small extra cost, as I have no use for it.

This item has been relisted. The new listing can be found at https://www.theoutdoorstrader.com/threads/fs-ft-noreen-ulr-50-bmg-lots-of-ammo.2838185/.
You must log in or register to reply here. 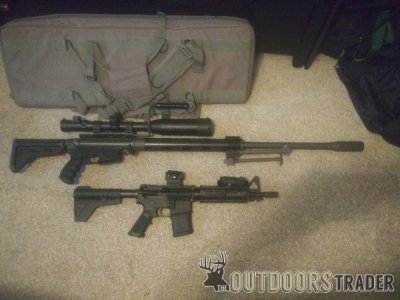 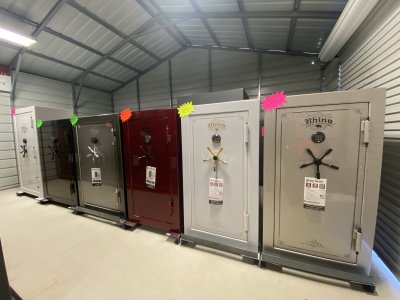