Back Some Long Time Ago, This is How We Figured Where Our Guys Were... 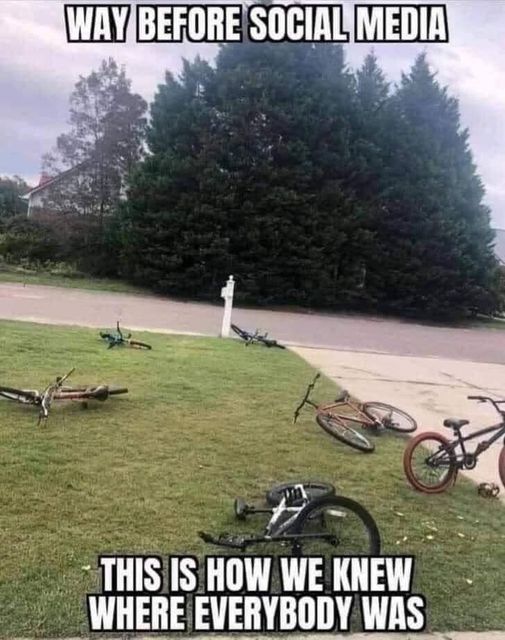 I had one rule as a kid be home before dark

Back then riding bikes was fun.
Guess now it's considered exercise.
(ie work) Maybe if pedals didn't turn
until they insert a quarter.......

Don’t lay your bike down was my dad’s one rule. Oh and don’t park behind the car.

Bike was my transportation as a kid. If a tire was flat life was sucking.

Yes it was, later it was Harleys and Chopper’s 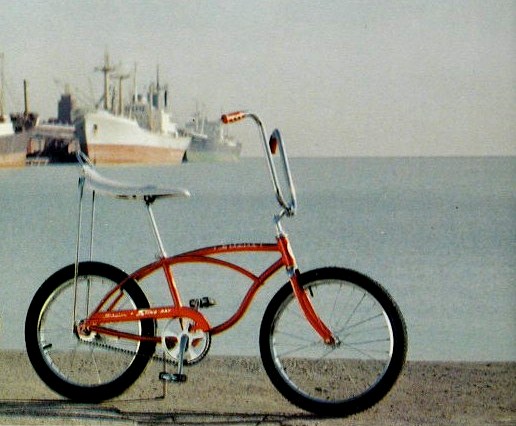 I had a bike similar to that. I rode that thing for years and years. Parts wore out and fell off, I'd fix and or repair it and keep going....

I had a larger traditional Schwinn first, best Christmas ever.
Had a safety class one Saturday at school, successfully
complete some tasks like obstacle course and get a safety
sticker on rear fender. I was so proud. Then wrecked it on
way home being a fool. One day came out to ride it and it
wasn't in usual spot behind bushes next to porch. Couldn't
find it anywhere else, so reported it stolen. Few weeks later
police called me down to identify a bike they had recovered.
Wasn't my bike but it did have my speedometer on it. Still had
abrasions on the rim of lens from the bike wreck. They had
recovered about 60 bikes in one home's garage all in various
states of disassembly. Two kids were stealing bikes then swapping
parts all around and painting frames before selling them. Parents
claimed they had no idea what kids were upto.
Then, after that got the sparkly gold Stingray bike. It was okay but
first one was a lot better rider.
You must log in or register to reply here.

Stupid things you did when you were a kid
2 3 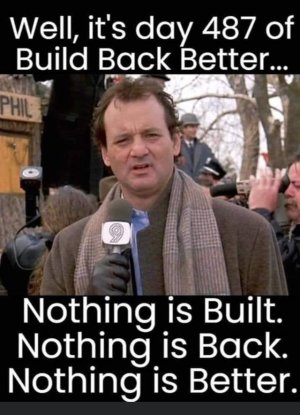 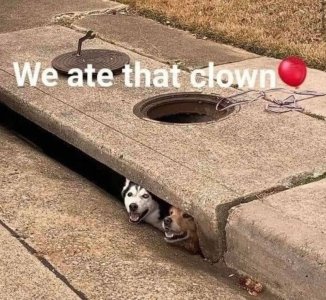